Would you like to switch to the accessible version of this site?

Don't need the accessible version of this site?

What to Watch for In Your Moles

Most people don't really give much thought to the shape and size of their moles, especially when they are located in areas that are difficult 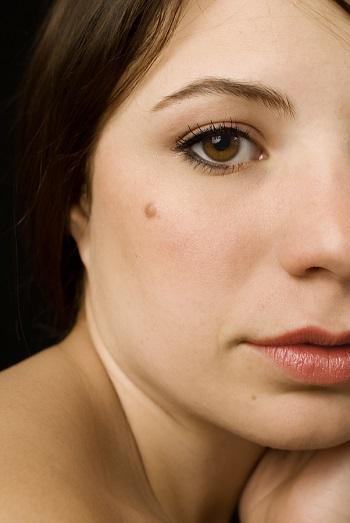 to see and reach, like the back, shoulders, or scalp. But monitoring any changes to the size, shape, and color of your moles is a very important step in detecting skin cancer. Dr. Robert Griffith, a dermatologist in Knoxville, TN, recommends scheduling regular mole checks and skin cancer screenings to monitor your skin's health and risk of developing skin cancer.

Like most forms of cancer, most skin cancers are treatable when detected early. There are three main forms of skin cancer:

According to the Skin Cancer Foundation, basal cell carcinoma is the most common form of skin cancer. It develops in the bottom layer of the epidermis, which is the outermost layer of the skin. Although this type of skin cancer rarely spreads beyond the original lesion, it still requires treatment and can cause significant scarring. The most common signs of a basal cell carcinoma are:

Squamous cell carcinoma is most common in the areas of the body that get the most exposure to the sun over time, such as the face, hands, head, neck, arms, and legs (but it can technically develop anywhere on the body, even in areas that do not receive much sun exposure). Tanning bed use also increases the risk of developing this type of skin cancer. Although it can spread if left untreated, it is considered curable when treated early. The most common symptoms include:

According to the American Cancer Society, melanoma is less common than other forms of cancer, but can metastasize and become fatal if left untreated. Early detection is especially important with cases of melanoma, which develops in the cells that produce melanin. Monitor your moles for any changes or new growths, and look for changes to the size, shape, color, and borders of your moles.

It is also important to remember that while people with fairer complexions are generally at greater risk, everyone is at risk for developing skin cancer and should take precautions against sun exposure all year long.

Find a Dermatologist in Knoxville, TN

For more information on what to look for and to schedule a skin cancer screening, contact our office by calling (865) 588-1361 to schedule an appointment with Dr. Griffith today.

We encourage you to contact us whenever you have an interest or concerns.
Knoxville, TN Dermatologist Robert C. Griffith, MD 6311 Kingston Pike Suite 22E Knoxville, TN 37919 (865) 588-1361 | Call For Financing Options

Find us on the map